There are many health benefits for alkaline ionized water.

Alkaline water has more oxidation potential in the stable bias OH- form that is needed for our cells to oxidize and sterilize, working like an antioxidant to bacteria and free radicals. Many studies shows that alkaline ionized water reduces illness such as high blood pressure, gyneocological conditions, heart disease, eczema, allergy, digestive system problem, diabetes obesity and cancer.

As the human body is composed of more than 70% water, there can be no doubt that the quality of water consumed can have a significant influence on our health. Drinking water of a higher vibration that is not tainted with chemicals, toxic substances, of free radicals can prevent disease and excellerate the recovery time from illness.
It is also important to harmful pesticides and preservatives. To ensure a healthy life style, we also can not discount the effects our living conditions and the environment have on our bodies.

As environmental contamination of the earth progresses, it become increasingly difficalt to have access to natural water. Using the NATURALIZER KIRAMEKI tm can transform common  tap water into a naturally, uncontaminated healthy state. I highly recommend the NATURALIZER KIRAMEKI tm as it provides safe, healthy water which is beneficial to the body.

In filtration plants, chlorine is used for the disinfection of viruses and bacteria, the oxidation of organic chemicals, and for deodorization. Chlorination served a very important role in eradicating infectious diseases such as dysentery and cholera, therefore, chlorination is necessary to safeguard public health. However, it is also true that chlorine itself is not healthy for our bodies. When chlorine is mixed with water, it creates hypochlorite and hydrochloric acid which strongly stimulate our cells, eventually destroying them. The membranes of the bronchi and lungs, which contain large amounts of water, are particularly easily damaged by chlorine. Chlorine also weakens the activity of useful enterobacteria like bifidobacteria. Furthermore, there are some scientists who claim that chlorine plays a critical role in causing heart attacks, strokes and cerebrovascular disorders arising from atherosclerosis. Chlorine is also known to destroy vitamins. Professor Itokawa from the University of Kyoto has proved that rice cooked with tap water loses half of its vitamin B1.  As the pollution level of untreated water has increased, the amount of chlorine used in filtration plants has also increased. While this is a problem in itself, a new problem has emerged recently of chlorine combining with organic chemicals in untreated water to create the carcinogenic substance “trihalomethane”. Thus, a disgraceful situation has been created where the chlorine used to purify water creates a carcinogenic substance that did not exist before.
However, when chloroform, a type of trihalomethane, was found in the water, he realized that the addition of chlorine caused the increased incidence of cancer.
Since 1981, cancer has been the leading cause of death in Japan. However, from 1971-1977, beginning with Osaka, and big cities like Tokyo, Kanagawa, Kyoto, and Fukuoka, and before other prefectures or cities, cancer was already the leading cause of death. Furthermore, Osaka and Tokyo, the two cities with the highest cancer death rate, also have the highest levels of trihalomethane in their tap water. Is this combination a mere coincidence?

Children are in danger

Chlorine also corrodes the lead used in water pipes. Lead is often used in pipes in the residential water supply and in parts such as feed pipes and pipe joints. Lead leaching depends not only on chlorine but is also dependent on other water quality parameters such as pH and temperature.
Lead is a highly toxic heavy metal that is particularly damaging to the blood-forming organ bone marrow. If the amount of lead in the blood exceeds a certain level, it causes many health disorders such as anemia, chronic fatigue, constipation, back problems, digestive and nerve disorders.
Infants below the age of 5 accumulate lead at a particularly high rate because their lead excretory system is not fully developed. This accumulation of lead may cause a decrease in a child’s intelligence quotient. It is said that 35 % of the water consumed by an infant in a day comes from tap water. This means that the influence tap water has on an infant is extremely high.

Water contamination in the period of rapid economic growth resulted mainly from industrial effluent. Serious problems such as Minamata Disease occurred and became important social issues. Following these serious pollution problems, stricter restrictions on waste disposal were imposed and improvements were also made to waste facilities. As a result there are currently almost no reports of damage from water pollution due to high concentrations of harmful substances in the water. However, a new generation of pollutants, such as trihalomethane and pollutants previously overlooked are being discovered.Trichloroethylene, used to clean electronic components, and Tetrachloroethylene, used in dry cleaning solvents, have both been proved to cause cancer in experiments with mice. These substances are polluting groundwater in many parts of the world. In 1994, the Japanese Ministry of Agriculture, Forestry and Fisheries issued a warning restricting the use of chloronitrofen (CNP), a herbicide used in rice fields, as it was suspected of causing an increase in the incidence of gallbladder cancer when it entered tap water via the rivers. Also, the huge amounts of pesticides now used to grow grass on golf courses can lead to pollution of adjacent watercourses. Nowadays, even the water from high in mountainous areas are also starting to become polluted.
Recently, dioxin, a highly toxic caustic substance found in the ashes and smoke of garbage incinerator plants has become a problem to residents living in their vicinity and has been receiving more attention. Recently, dioxin has also been found in some water sources and the immense danger of this has been pointed out.
Thirty percent of cryptosporidium survive even when exposed to high concentrations of chlorine, hence this kind of protozoa is found in tap water throughout the country. This demonstrates the limits of chlorine disinfection and proves that water is no longer completely safe once it is purified with chlorine.

ncrease in the amount of chlorine used to disinfect tap water

When chlorine is mixed with water, it reacts to create hypochlorite and hydrochloric acid that strongly stimulates cells, eventually destroying them. Also there are scientists who claim that chlorine causes health problems such as atherosclerosis, heart attacks, and cerebrovascular disorders.
The amount of chlorine in tap water is minute, so even if the water is drunk, no immediately obvious problems will appear. Actually it is easier to see the effects of chlorine on the body when tap water is used for daily uses other than drinking such as bathing or showering.
A good example of the harm that chlorine causes is seen when you go into a swimming pool. When you come out you must have noticed that your hair and skin have been damaged. Chlorine not only damages the corneum, but its oxidative properties also speed up the aging of skin causing wrinkles and other skin problems. It also causes split ends and hair loss.

Chlorine in showering water accelerates the aging of skin

We cannot live without water. Do not think that the water that you use to bathe is safe because it does not go inside your mouth. The pollution of tap water not only causes problems when you drink it, but it also causes problems when you use it for daily activities such as taking a shower. When you take a shower, the surface area of the body that touches the water increases and the evaporating hot water doubles the harm caused by chlorine. When you take a shower with tap water, the body absorbs the chlorine through the skin. The amount of chlorine absorbed by the body in a 15 minute shower is the same as that absorbed when you drink a liter of tap water.
Chlorine also has a negative effect on hair causing split ends and hair loss. No matter how good the shampoo or conditioner, if you are using tap water to wash your hair, then you cannot escape the harm of chlorine.

In a shower, chlorine damage doubles due to vaporization

While the concentration of chlorine in tap water is much less than that in a pool, repeated exposure to tap water for a long period of time increases the exposure to a similar level. In particular, if you take a shower, the surface area of the body exposed to tap water increases and consequently the rate of exposure to chlorine will also increase dramatically.
Furthermore, the vaporization of water due to heat will double the negative effects of chlorine. When you take a hot shower, chlorine vaporizes and accumulates as chlorine gas in the air. This chlorine gas passes into your respiratory system and enters your bloodstream through the lungs. Chlorine in its gaseous state attaches much faster to the hair and skin than when it is dissolved in water and causes greater damage. Moreover, the membranes of the bronchi and lungs are also the most susceptible parts of the body to inhaled chlorine gas. Chlorine gas is so toxic that it was used as a  weapon during the war. Therefore, there should be a greater awareness of the damage caused when chlorine vaporizes. 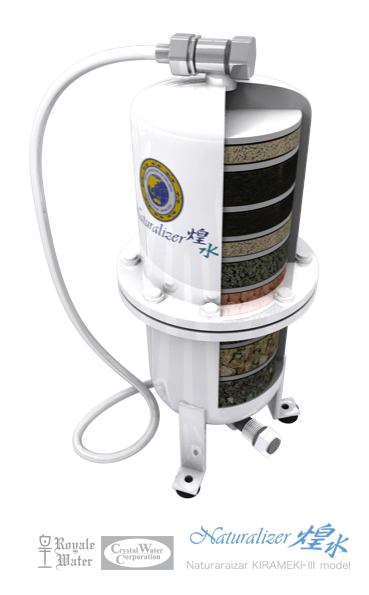